In the 25 years since the Rahmi M. Koç Museum opened its doors to visitors in Istanbul in 1994, it has become a cultural institution recognised globally as the home of some of the most valuable examples of the world’s industrial heritage with three separate museums and a library in different provinces. 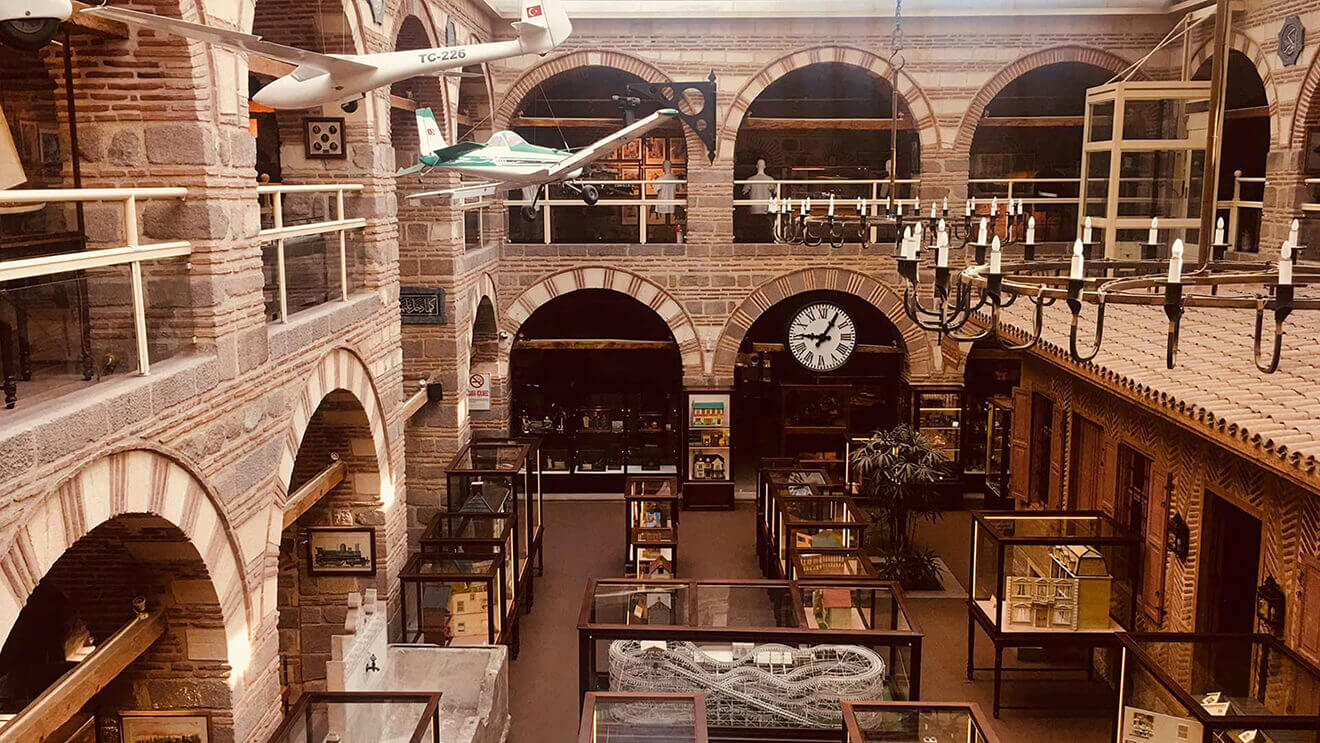 The restoration work of Çengelhan, rented from Ankara Regional Directorate of Foundations started in 2003. Completed in 2005, the historic inn was reinforced without affecting its original state, and the patio was covered with glass for protection. Çengelhan opened its doors to visitors in April 2005 as a museum within the body of the Rahmi M. Koç Museology and Cultural Foundation.

In May 2016 Ankara Rahmi M. Koç Museum doubled in size with the inclusion of Safranhan. This historical building built by Hacı İbrahim bin Hacı Mehmed in 1511 was originally a caravansary, and later as a prison was restored by the Rahmi M. Koç Museology and Cultural Foundation to its original plan and was opened as a museum after as 4-year restoration process.

The Ankara Rahmi M. Koç Museum offers an unprecedented museum experience to its guests with 42 rooms and exhibition spaces in total. 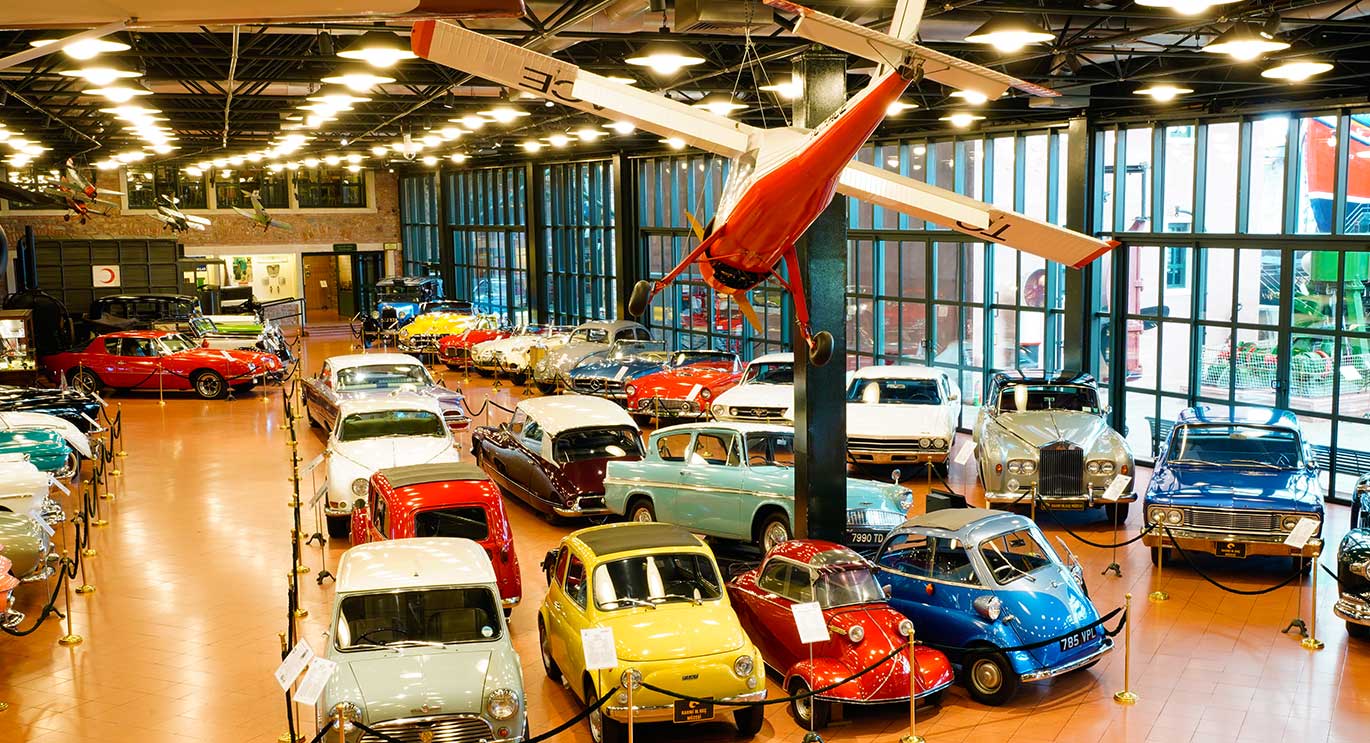 The Rahmi M. Koç Museum located at the heart of Old Istanbul, on the shores of the Golden Horn, spread over an area of 27,000 square metres is the one and only industrial museum in Turkey and a living social venue incorporating both entertainment and educational features.

The Rahmi M. Koç Museum is divided into two sections: The Lengerhane Building and the Hasköy Dockyard. The Lengerhane Building constructed during the reign of sultan Ahmet III for dockyard operations was acquired by the Rahmi M. Koç Museology and Cultural Foundation in 1991 and opened its doors to visitors in 1994. In 2016, in a ceremony attended by members of the Koç family, the building was named after Mustafa V. Koç. The Hasköy Dockyard was bought by the Foundation in 1996 and restored to its original condition before being included in the museum in 2001.

In addition to items mostly taken from the private collection of Rahmi M. Koç, donations and temporary loans have been made by various entities, organizations and individuals giving the museum a distinguished atmosphere. From a gramophone needle to a rotary phone, from classic automobiles to model planes, thousands of different objects are on display within the museum attracting the attention of many visitors.

For visitors who wish to take a small break while touring the museum, there are various alternatives such as the Demlik Cafe at the Dockyard section, Fenerbahçe Ferry Cafe and the Coca Cola Kiosk. Suzy’s Cafe Du Levant possesses the atmosphere of Paris in the 1930s, and Halat Restaurant offering delicacies of sea side Mediterranean Cuisine creating unforgettable memories for their guests.

In 1996 Rahmi M. Koç, Chair of the Board of Trustees of Rahmi M. Koç Museology and Cultural Foundation was honoured with the Council of Europe Museum Special Prize in recognition of his leading role in museology. This prize was especially significant as this was the first time a Turkish museum was awarded with this honour. The Rahmi M. Koç Museum also received the 2001 Culture and Arts Grand Prize from the Ministry of Culture.

The worn-out windmill and the Agios Yannis Church were restored with support provided by Rahmi M. Koç for the recovery of these ancient cultural assets.

The library of the Rahmi M. Koç Museology and Cultural Foundation was named after the retired ambassador Mr. Necdet H. Kent, who said, when his eyesight began failing due to old age: 'I am not so sorry that I cannot see, only that I cannot read.’, and his wife. Mr. Kent's son, Mr. Muhtar Kent, donated more than 1,300 of his late father's books to this library.

Sevim and Necdet H. Kent Library promises a fresh atmosphere at the heart of Ayvalık. 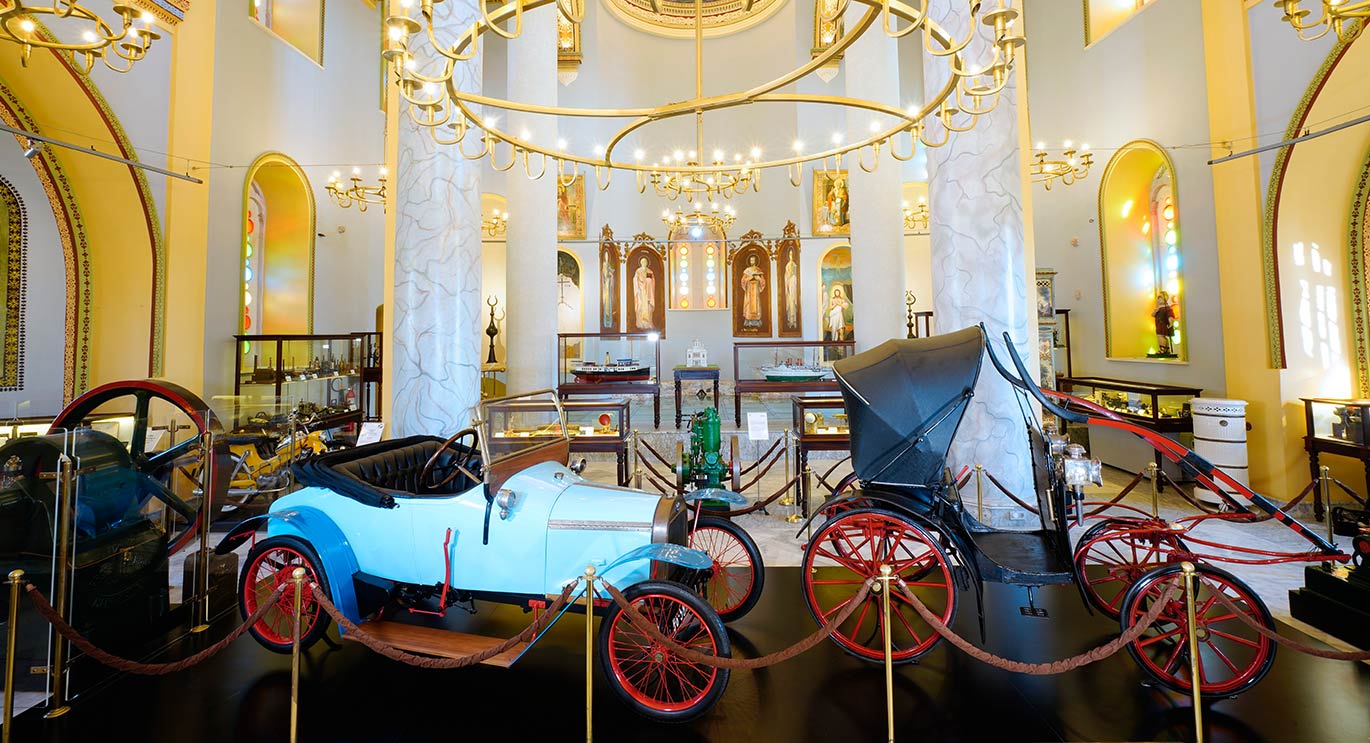 The Church was built by the Alibey (Cunda) Island Greek Orthodox (Moschonese) community in 1873 on its former foundation as the Church of Anakent (Metropol). During this time Greeks constituted the majority of the island population, around 8,000 - 10,000 people. The church is dedicated to Taksiyarhis, i.e. Guarding Archangels Gabriel and Michael, and is still the most important monument of Cunda Island.

The Taksiyarhis Church was registered as an “immovable cultural property to be protected” and in accordance with the Resolution of Cultural and Natural Heritage Preservation Board dated 05.11.1999 and numbered 660, it was classified in group 1.

The restoration of the church building allocated to Rahmi M. Koç Museology and Cultural Foundation with the resolution of the Council of Foundations dated 02.05.2011 was carried out by the experienced architects and restoration specialists of Ark İnşaat Sanayi ve Ticaret A.Ş.

The collection exhibited within the museum was compiled with a style similar to the Rahmi M. Koç Museums in Istanbul and Ankara.

The Ayvalık Rahmi M. Koç Museum offers its guests a wide selection of objects from toy boats and steam models to strollers and time measurement tools.