6 min
“Vehbi Koç Foundation”, established on January 17, 1969 as Turkey’s first private foundation, invested $1.355 billion in education, healthcare and culture and touched millions of lives in the last fifty years by saying “the onus is on us”.

“Vehbi Koç Foundation,” established on January 17, 1969 as Turkey’s first private foundation is celebrating its 50th anniversary this year. In a statement marking the foundation’s fifty years, Semahat Arsel, Vehbi Koç Foundation Chair, said, “Vehbi Koç worked hard for 16 years, starting in 1951, and pushed for the ‘New Foundations Law’ to be passed and finally succeeded. Since then, numerous business people followed his example to establish ‘Private Foundations’. So many of those foundations have taken important steps for our country. In a way, Vehbi Koç changed the fate of civil society in Turkey by making sure that this law was passed. “Vehbi Koç Foundation has provided countless services in the fields of ‘Education - Culture and Healthcare’ for the development of our country and the society. The total amount of investments that the Foundation made in fifty years reached $1.355 billion. As Turkey’s first and largest private foundation, Vehbi Koç Foundation also collaborated with important European and American foundations. The Foundation won several awards, making us proud. I would like to thank the Koç Family, Koç Group Companies and all our executives for their contributions through this process. We feel content and grateful for fulfilling Vehbi Koç's legacy. We are also excited to inform you that we will be opening our new contemporary art museum on our 50th anniversary.”

Institutions And Organizations Under The Vehbi Koç Foundation 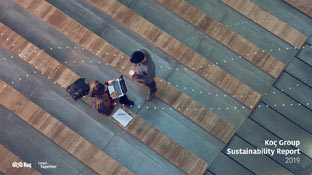 Koç Group And Unicredit Have Restructured Their Partnership In Yapi Kredi

Ömer M. Koç Appointed Chairman of the Board of Koç Holding

To the Attention of the Press and the Public 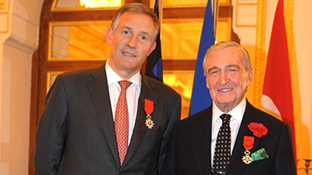 KOÇ HOLDING WILL PUT AN END TO THE CONSUMPTION OF SINGLE-USE PLASTIC BY THE END OF 2020!

TO THE ATTENTION OF THE PRESS AND THE PUBLIC

ÖMER M. KOÇ APPOINTED CHAIRMAN OF THE BOARD OF KOÇ HOLDING